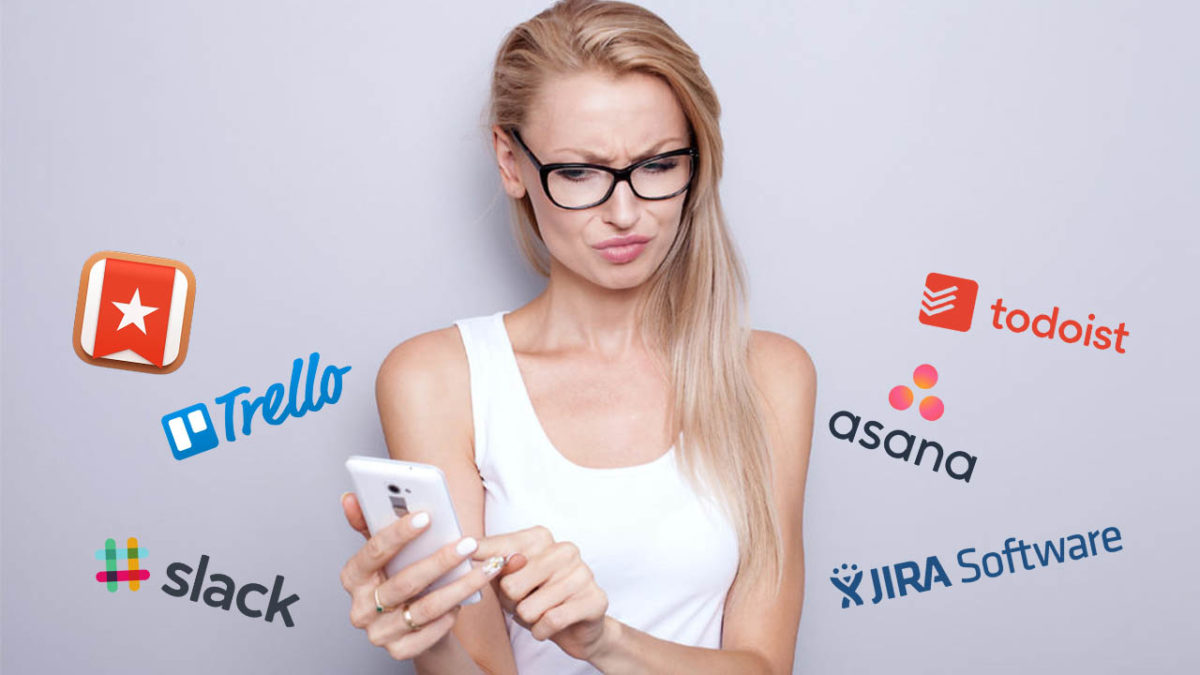 The modern world is fast and unforgiving. We constantly have to get more than one job done while we’re being relentlessly bombarded by distractions that get in our way. On average, we spend only 1 minute and 15 seconds on a task before being interrupted, and then it can take us an average of 25 minutes to resume a task once we’ve been distracted. It is no surprise, then, that today’s modern world is filled with productivity apps to help us focus on the tasks at hand, work more efficiently, and manage our days better.

Opinions are split on productivity apps; they are both loved and hated by the people that use them. Perhaps if we better understand why, we’ll be able to get a little more out of them – or, even better, out of ourselves.

Why do people hate productivity apps?

1. Because they make you less productive

Using productivity apps takes effort. They don’t just magically turn your life into a finely tuned machine that outputs effortlessly and efficiently. The apps can only help you to do what you’ve told them to help you to do. This takes the time that you could be spending actually getting jobs done.

If you add to this the sheer number of productivity apps, and the fact that each has its own ecosystem that needs maintaining, things quickly get out of hand. All of a sudden, the apps that are supposed to be helping you save time and focus are taking up a lot of your time and require your constant attention.

2. Because people aren’t using them properly

3. Because they make you pay a regular subscription

Paying for something can be tough. Especially if that something is an abstract concept like software. You already have the program but you can’t use it because the features are locked away unless you make a regular payment.  Moreover, the program can just be copied an infinite amount of times and given to whoever wants it. What do you actually pay for?

4. Because it is difficult to know where to start

There are so many productivity apps available now that you’ll need an hour or two just to make sure you’re getting the right one for you. If the simple act of choosing which app will make your life easier is a laborious chore surely the concept is defeating itself. When you have article after listicle after infographic all trying to explain the finer points of each app that purports to make your life easier, you know you’re driving up a dead end. Which brings us to…

5. Because they overcomplicate things

This might seem counterintuitive in today’s modern world, but the humble pen still holds its own against the mighty smartphone. Using a pen and paper to organize your life frees up your screen for other tasks. In addition, that note you’ve written out won’t be pinging you throughout the day to get things done; and, as we’ve already mentioned, cutting down distractions is a surefire way to get more things done. A simple analog system could help you keep on top of your workload as well as giving you a visible archive of all the work you’ve done, and the satisfaction of scratching tasks off once they’ve been completed.